Spokane, Washington incorporated as a city in 1881 as Spokan Falls in the Washington Territory. City officials added an “e” to the name in 1883 and dropped the “Falls” in 1891.

Historically, the city built its economy and population through mining, transportation, agriculture, and timber. Today, emerging industries include:

Situated about 280 miles east of Seattle and 100 miles south of the Canadian border on the Spokane River, the region has an abundance of hydroelectric power, which leads to lower rates when compared to other mid-sized markets.

We have a population of 212,052 within the city limits, but the larger combined statistical area of Spokane, Spokane Valley and Coeur d’Alene includes 688,279 estimated as of 2014. Spokane boasts a low cost of living—the median cost of a home in the city is $157,900. According to Moody’s Analytics, we are 18% below the national average of the cost of doing business.

Spokane has easy access to air, rail, and highways to make it easy to deliver or ship your products. At Spokane International Airport, air cargo transports an estimated 170 tons every day. Both Burlington Northern Santa Fe and Union Pacific railroads serve the area. Interstate 90 runs through Spokane on its way from Seattle to Boston. US Highways 195 and 395 provide access to Canada and Mexico.

Spokane County is a thriving community with a growing population.

According to Greater Spokane Incorporated, since 2010, Spokane County has grown 5.62 percent. The median age is 36 years old, with a workforce of 244,054.

About 41% of the citizens in our community have a college degree. Twelve colleges within 50 miles of the area offer an associate’s degree or certificate and eight universities in the same area offer bachelor’s degrees or higher.

Spokane is a terrific place to live and work. Recently named one of the Best Places to Live in America by Outside Magazine, we have outdoor activities for every season, with mountains for skiing and hiking, rivers and lakes for fishing and swimming, and an amazing parks system, which includes Riverfront and Manito parks.

When you’re ready to take in some culture, we offer great theatre, music festivals, film festivals, as well as the Inland Northwest’s premiere symphony and chorale. If you’re a foodie, Spokane’s array of local restaurants, craft breweries, and wineries is sure to hit the spot.

If you plan to move your business to Playfair Commerce Park, we have compiled a list of links to connect you with our community. 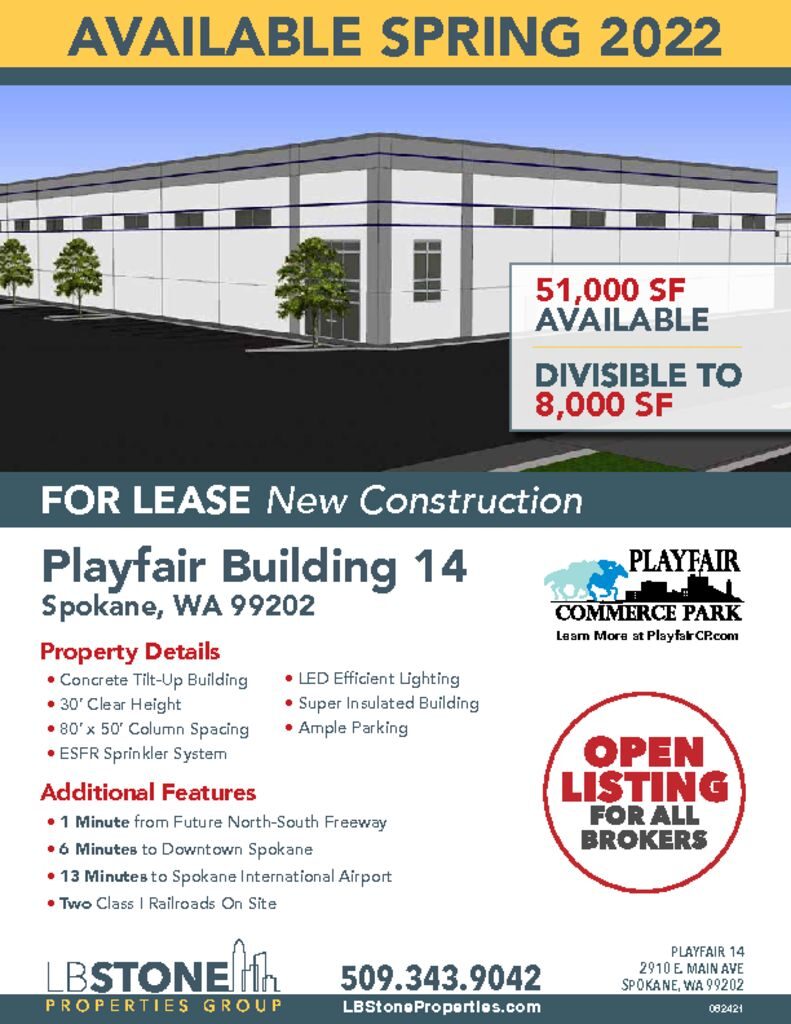 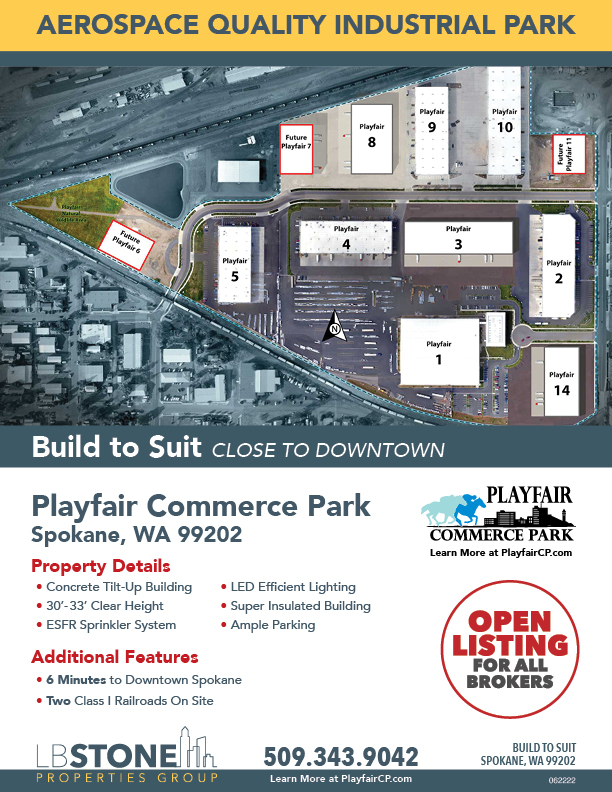